After being away in Europe for 6 months, it was great for me as Team Manager to be re-united with the team and witness them picking up their first UCI points of the season at the Hors Classe Pietermaritzburg MTB Festival in South Africa. We are very proud to be the first truly African mountain bike team on the African continent.

We have been dominating all the local races! It may sound selfish to want to win everything, but our goal is to drive up the standard of cycling in Lesotho and in the rest of Africa. By striving to be the best, we have seen a general rise in performance and an increase in participation amongst women and children. 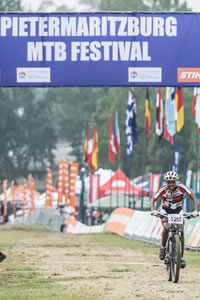 Lesotho is still a very poor country, but aspiring riders have found in cycling an opportunity to rise above the poverty they have been born into and to dream BIG dreams.

2015 has definitely been the year of new bikes and equipment. Last year, we started our journey with only one good bike and we were forced to loan and share bikes during competitions. Thanks to all of the #DreamMakers, each rider now has their own bike – equipped with some of the best components on the market. Riders also look the business, with a professional look team kit and great helmets.

Not only that, but we boast a comprehensive set of tools, work-stand and bike stand, making our team pits look really professional. We are a team going places and they are starting to look like that too!

Team riders Phetetso and Teboho earned a chance to race in the Bike Four Peaks race in Austria in June, through their great performance in the 2014 Lesotho Sky UCI Stage Race.

The trip got off to a disastrous start with Phetetso’s brand new Giant XTC carbon bike badly damaged in the flight over, leaving it completely unsafe to ride. Thanks to a quick response from friends and fans over there, we were able to find him a replacement bike just in time. 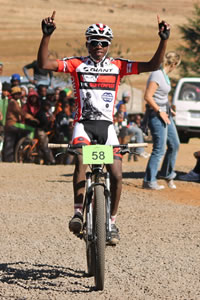 We were not sure what to expect with such a demanding route against some of the best mountain bike riders in the world – but the boys did not disappoint. On the first stage, both riders finished well inside the top 100 and set the stage for the remaining 3 days.

Phetetso ultimately finished the race in 38th position overall, which was a remarkable achievement considering his inexperience to racing at this level. He won high praise from multiple world champion Christoph Sauser for staying on his wheel and keeping company with some of the best riders in the world on the steepest section of Day 3. Sauser was so impressed that he decided to hand over his 2nd place trophy to Monese.

Unfortunately, Teboho had to abandon the race on the penultimate day on advice of the race doctor after experiencing an unusual heart beat. However he is well an in good spirits awaiting further tests back home in Lesotho.

Although this season has been largely very encouraging, it has not been easy sailing and we have had our fair share of disappointments.

We are the Champions!

It always makes us very proud to present our #DreamMakers on the top step of the podium especially when it is National Championships. Phetetso Monese and Likeleli Masitise both did the double of Cross-Country and Marathon National Champion’s title in Elite Men and Elite Women respectively. Our team shut out the podium in the marathon event.

It all goes to show what can be achieved when we dream and have the good fortune to cross paths with sponsors that also believe in our dreams. ACE – The Sufferfest Lesotho MTB Team riders have become local celebrities and great role models – Champions in sport of Champions in life! 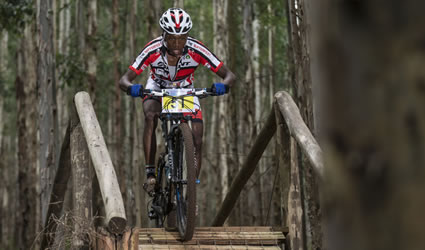 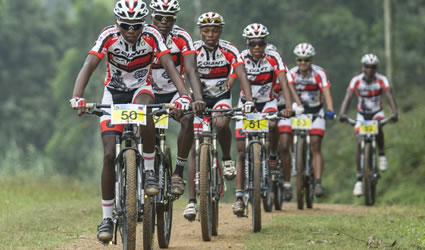 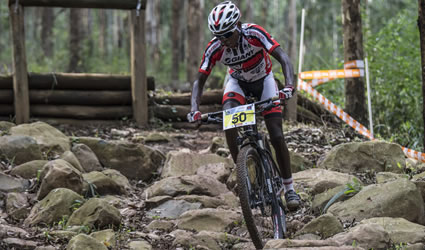 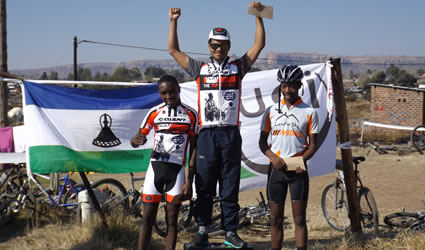 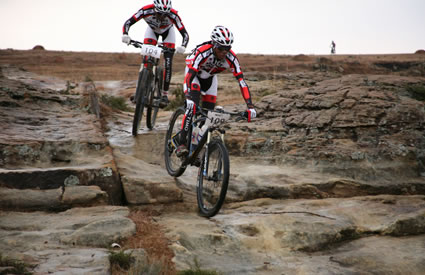 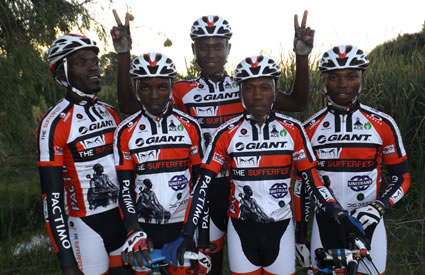